Jared said the stockpile of medical supplies, including respirators and PPE, was not the states’ stockpile, but “ours”.  Naturally, I thought he meant it was the Fed’s inventory to manage and distribute to the states.  I was sadly mistaken.  “Ours” apparently means Trump and his family.  It shouldn’t be a big surprise, they siphoned millions from their own freakin’ charity, so why should they not treat public cash or property the same way?

Trump demands kickbacks from Ukraine before releasing money for military assistance.  In the subsequent impeachment, the GOP signals that is just fine.  Trump and his kids now have no reason to believe demanding cash or fealty from anyone, including US governors in exchange for, say, medical equipment would be any different.  The stench of malfeasance hanging over the Oval Office has naturally seeped into the press briefings, which have devolved into live infomercials for Adored Magnificent Ruler Trump and Hydroxychloroquine.  He’s gotta have some sort of commercial interest in that crap, but seeing he did not divest himself of his companies, did not place stocks in a blind trust, or release his taxes like he said he would, we have no idea.  For further background, he claims the emoluments clause in the Constitution is “phony”, and continues to send US and foreign government business to his companies.

I’m usually kind of optimistic, but I do not see this ending well. 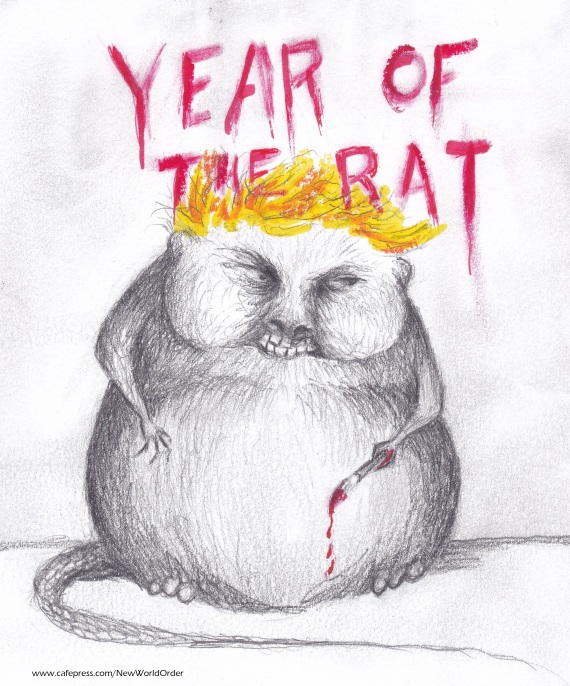 Democrats have a messaging problem.  The public does not respond to political ads that have more than about four words.  Any policy, thought, idea or plan that needs more than one sentence is viewed with atavistic suspicion.  An argument with more than one or two words, grunts or gestures is viewed as liberal sophistry and is most likely the work of the Devil.  And quit dancing around the problem.  Trump hit up Ukraine for a fucking kickback.  He withheld federal money, taxpayer money, for a greasy personal favor.  In this case he wanted a press conference by the Ukrainian president saying they were investigating Biden’s kid.  Say it out loud.  “Kickback”.  Good.  Once more, only louder.  Might just as well have been a campaign contribution, could have been cash, maybe a blowjob.  It doesn’t matter, it’s the same thing, yet they worry it might be impolite to say publicly the smarmy rat-bastard demanded a kickback before handing over taxpayer money?  The guy ripped off his own charity and you don’t want to hurt anyone’s feelings by pointing that out?  Take a look at Bloomberg’s ads. ‘Trump lied.  He took away your insurance, and if you’re lucky enough to still have it, he’s jacking up the prices.  Trump lied about the environment.  We’re hosed and he’s making it worse.  Trump lied about tariffs.  They’re not bringing manufacturing back, and you’re paying way more for crap.  Trump lied about the dumbass wall.  Show me a 30 foot wall and I’ll show you a 35 foot ladder.  And Mexico is not paying for it’.  Jeezus, is that so hard? I have to believe it’s better than four more Years of the Rat.

I’m sure they all started out with good intentions.  Back in November 2016, I posted a photo of the final scene in “Scarface”, where Al Pacino opens fire on the murderous thugs rushing towards him, and I wrote a caption suggesting it depicted Trump’s last day in the White House.  “Ha, ha, ha!” I thought.  That was a hurtful thing to say, for which I apologize.  But it was oddly prescient.   King Rat likes theatrics, but he is also a subterranean fuck, reticent, like al-Baghdadi.  William Barr ignored warnings about the fate of Nixon’s AG, John Mitchell, so I’m sure he would not heed further advice, least of all from me (and frankly, he should not), but I do not think it would be prudent to go into that last blind tunnel with King Rat in a suicide vest behind me.

And who doesn’t love a parade, especially where the Commander in Chief gets to review his troops and bask in adulation that might even be described as worship.  That’s what Anwar Sadat thought anyway.

Pro Publica and Frontline just aired Part 1 of a remarkable documentary about Neo Nazis in time for the one year anniversary of Charlottesville.  I drew this a year ago, not quite aware just how deep the connection is between them and the Party of Trump. 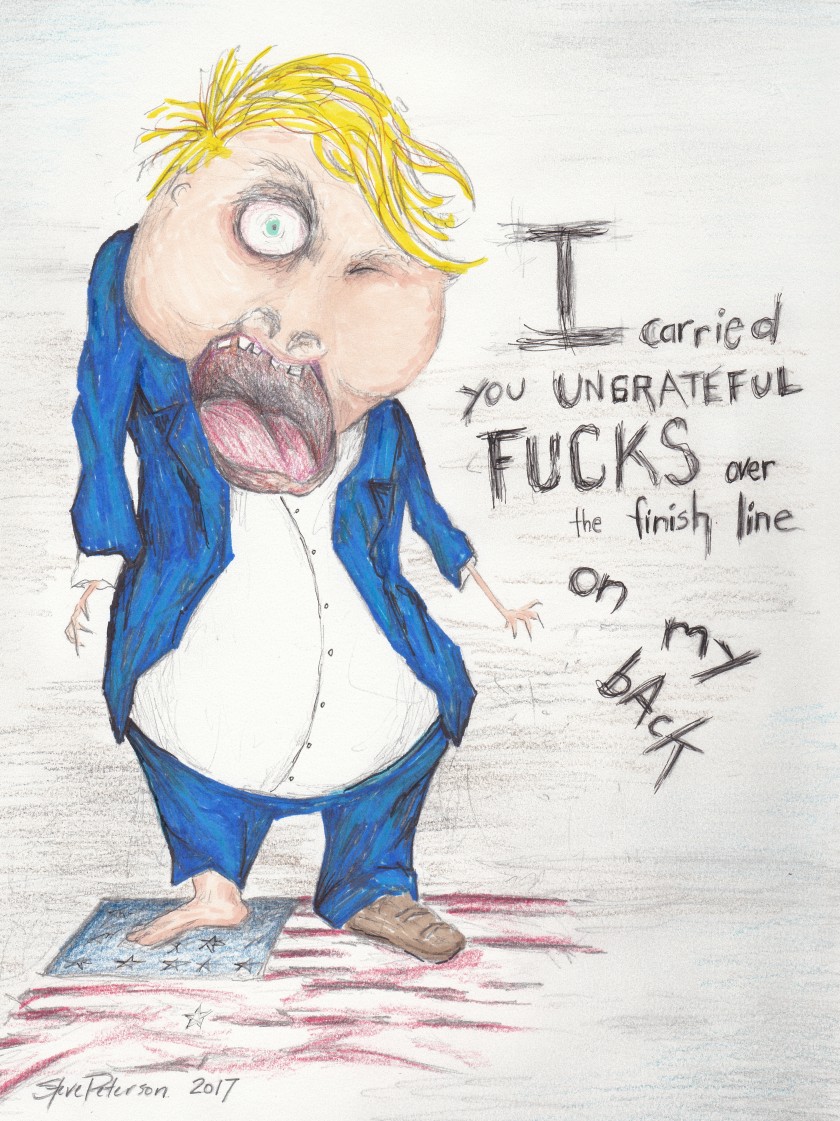 An updated version of one of my personal favorites, demonstrating bad taste never goes out of style.

This started out as another jab at the NRA, which almost always entertains me, and the idea of 45 trying to open a vial of Novichok with a big hammer cheered me up too, but it also kicked loose a long simmering conspiracy theory.  Trump is on complete Twitter Silence with respect to Russia.  No insults, no childish taunts, no idiotic claims.  He looooves Vlad.  On top of all of Putin’s shenanigans, Sergei Skripal and his daughter are poisoned, and nothing from the obsessive compulsive twitterer.  The chattering class talk about the message behind all of the assassinations.  No direct proof Putin ordered it, but there’s enough of a message to let people know who did it and why.  Let Hannity and Alex Jones screw around with Pizzagate, NASA slave colonies on the moon, the Clintons’ and Obamas’ satanic cults and pimping pedophile prostitution.  This has got to mean Putin has some serious poop on Trump.

I should have seen this coming.  One of the most hated people of W’s administration, Bolton really was not able to play with the other kids at the UN.  It turns out he was horrible to everyone, so sure, why not, he would have to be Trump’s first choice for NSA.  Wilbur Ross was already in Commerce, and Trump could not locate the real Yosemite Sam (he tried really really hard to find him), but this should do for now.

Thank you for visiting!  Blog entries are located on the Home page, where artwork appears with commentary.  Visit the Gallery section for illustrations without comments.